This week, Vincent and his mother Ingela share their signing story.

I started signing regularly to Vincent when he was about 8 months old, and he signed back at about 10 months. His first sign was light, followed by dog and a month later daddy. When he was between 12 and 13 months old he really started getting it and learned his 20 first signs.

From then on it has mostly just flowed and he’s learning new signs all the time. He’s almost 18 months and knows around 90 signs at the moment. I have a hard time keeping up with him and looking up new signs. He uses a few words now too, although he hears three different languages (Swedish, Finnish, Dutch) so it might take a while before he’s talking. That’s one of the reasons I wanted to learn baby sign language.

I love being able to see what Vincent is thinking about! At about 15 months he learned to sign music and since then he often goes to the CD player and signs it, requesting some music.

One evening when he was 16 months old we went on a bike ride and stopped to watch some ducks in the water. He then signed bird followed by bath 🙂 Lately when he hears a child or baby crying he’ll sign child and cry. This morning he signed child and play out of the blue and went to get his boots. Apparently he was bored and wanted to go play with children! 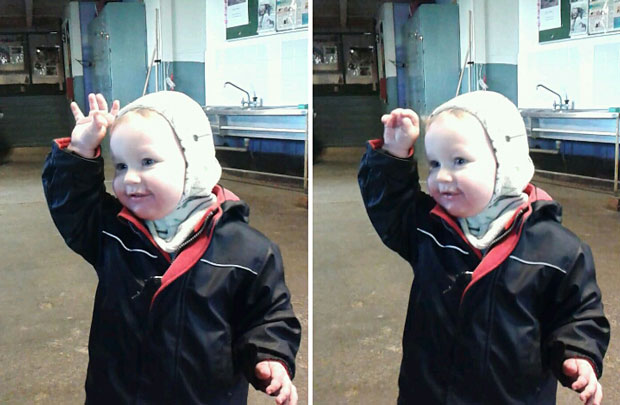 He loves to read books and see the signs and hear the words and sounds for everything, especially animals.

Baby sign language has been a huge help in communicating with my toddler. We still have our misunderstandings and frustrating moments (or days haha!), but signing definitely helps.

Thanks for an awesome website! It’s been so helpful!